It's late. I'm tired. I just returned from the Macomb County Republican Party's Fall Convention. The sole purpose of this meeting was to elect 32 members to sit on the party's executive committee, along with 32 "statutory" members (the Republican candidates for state and local office in the last election).

The meeting was supposed to begin at 7:30 p.m. It started about 7:45. After it was called to order, one delegate jumped up and began yelling, "Point of order!" Huh? Point of order? At 7:46? Really? Eventually, he shut up while we said the Pledge of Allegiance and saluted the veterans on this, Veterans' Day.

Following the ceremonial aspects and a couple of short speeches from our Congresswoman and a state representative, the meeting disintegrated. One genius moved that the meeting adjourn promptly at 10 p.m. Not surprisingly, this motion passed! Dumbest. Motion. Ever.

In order to proceed with the sole item of business, it was necessary first to elect a chair of the convention. This did not take place until about 10 p.m., at which time another vote was held and the meeting time was extended until 11. By the way, the vote was not held until we had a vote over how to vote -- by secret ballot or by standing up or a show of hands or some other way. Secret ballot won, which of course meant another long delay.

Finally, with the chair chosen, order ensued, right? Wrong. The chair -- Stanley Grot -- promptly appointed a credentials committee, a rules committee, three parliamentarians, two sergeants-at-arms, and a nominating committee. I may have left out a committee or two, but you get the idea. He then asked the assembled delegates (almost 300), "Who wants to be on the executive committee?" (Did I mention this was the only piece of business to be conducted?)

About 80 people indicated an interest, so Grot had us all amble up to the front and fill out forms that magically appeared. The "nominating committee" then spent about 15 minutes whittling the 80 names down to 32 and presented them to the delegates as a slate for approval. In a fit of Pelosian legerdemain, the 32 chosen matched almost exactly the list of people Grot appointed to his "committees" in the first place. Since Grot's supporters outnumbered the survivors by this point, the slate was approved, and the meeting was promptly adjourned. Grot received the heartfelt congratulations of many sycophants, since he is now virtually assured to be selected by the executive committee as the new chairman of the Macomb GOP.

The outgoing chairman is Jared Maynard. There was some dissatisfaction with his leadership, but the day a party chair is unanimously loved has never happened. Nevertheless, the manner in which Grot and his pals operated during this meeting was reprehensible.

For example, the party's bylaws require that the delegates to the meeting approve the procedure for electing members of the executive committee. At the outset, Maynard proposed -- in writing -- a procedure that would have 2 candidates selected from each of the 13 county commissioner districts, with the chair choosing six more. This would have spread the representation throughout the county and allowed the districts to select their own candidates. This was voted down by a combination of Grot supporters, anti-Maynard types, and those who simply wanted to "do it the way we've always done it."

After Grot became chair of the meeting, he had his rules committee recommend a series of rules to be adopted by the convention, putting the whole nominating committee idea in among such controversial notions as adopting Robert's Rules of Order. There was no opportunity to vote on them individually, so the whole package passed, thus validating the procedure that was not only already in progress, but to any sentient being, concluded before the convention ever started. There was no way the nominating committee could sift through 80 applications and make any informed decision about the best 32 in 15 minutes. Even to read the applications in that time would have required reading 5.3 applications per minute, or about 11 seconds per application. There was only one set of these -- how could a seven person committee read, review, understand, discuss, and decide on 32 people out of 80 applications in 15 minutes? Of course, they could not. The entire outcome was predetermined.

Laughably, the Grot crowd opposed the Maynard-suggested procedures because they wanted everything to be "transparent." It was a total joke.

The Macomb GOP took a giant step backward tonight. I am certain that some of the people who will be on the executive committee have the ability to do a good job, but the leadership of this county party is in dire straits.

After this year's election, we should be consolidating our gains, expanding our outreach, and professionalizing our operations and image. This will not happen now.

On Nov. 6, Grot sent an email out to all of the convention delegates. Here's a part of it, unedited:

Now for the good news: I intend to be nominated for permanent chair to conduct the Macomb county convention for that evening only. There will be a democratic and honest process of selecting 32 people that will serve on the Macomb County Republican Party’s executive committee. Once elected these 32 people together with 32 statutory members will get together at some point and elect Macomb County officers for a two year term. Next, let me be very clear that I am not supporting anyone individual to be our next Macomb County Republican Chairman. Very viciously some people started making phone calls spreading lies that I have a favorite in the race for our next Macomb County Chairman. It is filthy bold trickery which I believe does not belong in any campaign for any office. If you happen to receive any trashy literature or any outrageous phone calls or you have any doubts about the correctness of information, please contact me immediately.

Most of you already know who I am, what I stand for, and what my values are. I am not going to get in the gutter and throw mud simply to satisfy personal ambitions. I encourage all of my supporters to be positive, discuss issues, and concentrate on what we really need to accomplish for our County, State, and Country. This type of filthy campaigning does not meet my moral standard or serve our Conservative Republican cause well.

This portion I have quoted professes ideals and intentions that are the exact opposite of what happened at the convention tonight. The executive committee was selected by an undemocratic, dishonest process that was given the indicia, but not the substance, of fairness. Moreover, to send out an email that uses terms like "filthy bold trickery" and phrases like "I am not going to get in the gutter and throw mud" reflects an utter lack of professionalism.

Perhaps this is what the GOP precinct delegates want. It's not what I want, and it's not wanted by any of the people I spoke with at the convention. This was raw, small-minded, parochial politics at its worst. What should have been a triumphant convention focused on 2012 degenerated into a sleazy power grab, undoing much of what was accomplished in the last election.

In the long run, will Grot's ascendancy mean anything? Will he so implode over the next two years that the delegates will come to their senses and get rid of him? Time will tell. In the meantime, however, a Grot chairmanship will severely damage the party. I cannot see myself contributing to it or doing anything to make this party more viable. My time and effort will be better spent on the state level or assisting with individual campaigns.

The Macomb GOP has long been afflicted by small thinkers, but this past year it seemed as if we had turned the corner. There were quite a number of new, exciting candidates with vision and high ideals. Our new leadership (if Grot is elected chair) will have neither.
Posted by The Wiz at 11:37 PM 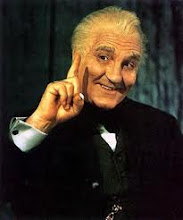